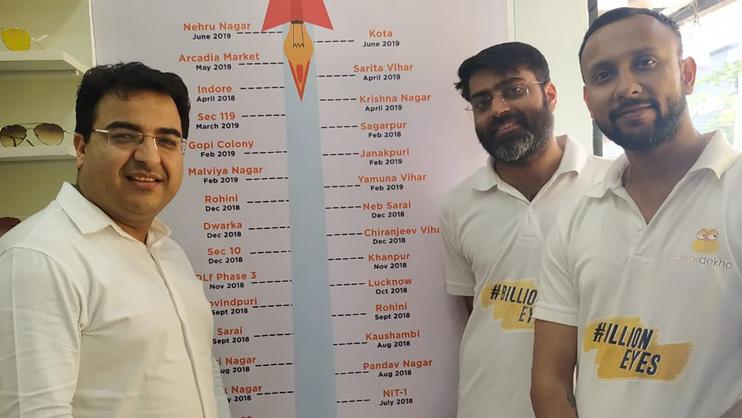 There are very few startups that are directed towards the welfare of underprivileged and one such example is ClearDekho. A very thoughtful startup idea founded by Shivi Singh and Saurabh Dayal seeks to provide the rural poor population of our country with their affordable glasses so that a clear vision doesn’t remain a luxury that they can’t afford.

Eyewear from renowned brands such as Ben Franklin, Lenskart, targets the urban area of India and their products are priced accordingly. Meanwhile, they forget to customize their products as per the affordability of the rural population and thereby giving them no other option but to refrain themselves from a clear vision and ClearDekho startup idea is here to change this scenario for good.

The company is planning to open about 150 retail stores all across the country to give access to the rural population to decent eyewear. The foundation of ClearDekho was done in December 2016 and since then it has been dedicatedly providing the poor people with better vision in Tier II, Tier III, and Tier IV cities.

The founders, Shivi Singh and Saurabh Dayal have made their affordable glasses available on online platforms as well to make the experience of shopping with them as convenient as possible. Their customers now have access to both offline and online options for their optical solutions.

Co-founder of ClearDekho, Shivi Singh, said in a statement, “The company aims to standardize unorganized optical market in rural areas and provide high-quality eyeglasses for just Rs. 500 through both online and offline channels.”

Shivi Singh continues to share their journey to the foundation and execution of ClearDekho where he mentioned that Saurabh Dayal, the other co-founder and him has been friends since childhood and right then they knew that they both have entrepreneurial qualities in them that could lead them to something great one day.

He says, “We have always been entrepreneurial in our approach and used to have plenty of discussions on businesses, new technologies, and startups. We discussed plenty of problems and their solutions like recycling waste and car servicing.”

The inspiration behind their idea of a startup came to Shivi in his days of working with Warby Parker’s India Program (VisionSpring) where he was exposed to the problems faced by the rural population in having a better vision. His project was focused on the population that remains at the bottom of the pyramid, that is people living in Tier IV and Tier V cities.

He got to know about the unavailability of decent eyewear for them, and the ones that were present were unaffordable for the rural population thereby resulting in them being devoid of a clear vision.

Gradually he learnt a lot about the sourcing of these products and also about the enormous margins shared by the companies. The glasses actually come from the Chinese market at very less cost and the companies sell them with high profit margins making it unaffordable for a significant percentage of our population.

Shivi spent five years helping these people with clear vision by going to rural areas all over the country and providing eye-glasses to the population living in the low-income bracket so that they too can have their vision power backed with some affordable and effective eyewear.

This helped Shivi to come up with an idea of founding a startup concerning the eyewear needs of the rural population. So he joined hands with his childhood friend Saurabh Dayal who was equally interested in entrepreneurship and they both started working on this idea.

Saurabh Dayal who has been serving in the technology sector from eight years has worked with reputed companies such as Paytm, Wipro, HCL, etc. He had good experience of working for an ecommerce platform which really helped them with getting a head start with ClearDekho.

The inconsistent service to the customers in the optical retail market is the result of it being highly unorganized and non-standardised. The rural population, having very less income monthly can not afford to make the eyewear their priority due to the high cost of the product.

But with the help of ClearDekho now even the poor population will get a fair chance to fulfill their necessity without having to cut a hole in their pocket.

“The eyewear industry in India is growing at 30 percent CAGR, and it is shocking to know that there is only one store available for 70,000 people in India,” says Shivi

Most of the renowned brands make the Tier I cities their target customers and modify their products and services as per their needs only. The supply chain of the products presented by these companies run through China as there are only a small amount of optical companies that have their own manufacturing unit.

Both founders of the company invested their Rs. 18 lakh in this idea and sell their products through both offline and online channels. They sell frames, contact lenses, lenses, accessories, etc.

The offline stores of the company are operated through an asset light FOCO that means, franchise owner company operated.

“Like other businesses, we too struggled with initial sales and first partnership. We got customers through online channels initially, but getting customers through offline channels was difficult. We tried a different approach to promote our brand and stores by putting small kiosks at the weekly vegetable markets, which was difficult initially, but gradually it helped us become a household name in specific localities. I still remember making customised prescription eyewear for a customer for Rs 1,500, which was a big validation for us. Getting our first franchise was not easy,” says Shivi. 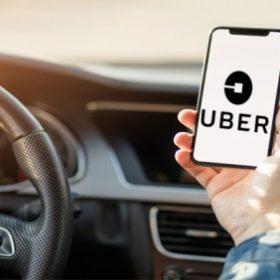 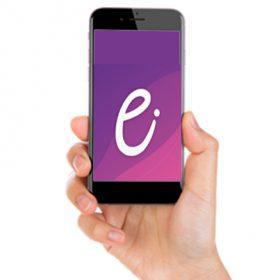