Every region in our country has its own specialties, But you will find Samosa in any part of India  In India, Every person knows about the samosa it is Indians one of the top snacks which will be used daily.

We can find samosa every corner of the country but on the streets, there was no hygienic and they will not maintain good quality. In the country, most fast food restaurants selling  Pizzas, Burgers. Most of the customers had turned to street vendors for samosa.

The couple Nidhi and Shikhar Singh in2016 came up with an idea of starting of the Start-up named WoknStove Foodworks Pvt Ltd, which sells innovative samosas under the brand name Samosa Singh, to give the best samosa and different flavor samosas to the customers.

The story behind the startup??

The couple both meet in the Kurukshetra University while doing their bachelor degree in biotechnology.

Nidhi interested in sales and marketing better than biotechnology she joined in the pharma company as a business development officer, whereas shikar with his passion on biotechnology he went for masters in the school of life sciences, which is located in the Hyderabad.

while doing his masters in the Hyderabad he came up with an idea of starting the fast food model in the Indian snack which is healthy and hygienic. He shared his idea with the Nidhi and at that time the idea was fixed in their minds, in 2009 shikar joined the Biocon as a scientist.

While doing the job they both planned the business and made the plans for Samosa Singh and decided what their roles would be. throughout the journey in the October 2015. Within the same month, shikar and Nidhi both discussed and finally, they decided to start the business and shikar quit his job on October 13, 2015, while they started their Food Startup Samosa Singh officially in the April 2016 in the Bengaluru.

How they Did it??

The couple before starting the Samosa Singh they did R&D in depth and they started a small kitchen and hired some samosa makers. They are clear at what they are doing and what they want to give to the customers, they came up with the different flavors, their samosas should be fried not baked, and mainly it should be healthy.

Initially, they only maintained the store which is opened in the Electronic City, in the initial stage they sold the one plate samosa (Aloo) for just 20 Rupees which is pocket-friendly.

Within 2 months, they raised their business and started to sell 500 samosas a day that is a huge development. After that, they planned to do something big and they want to make Samosa Singh as the most wanted brand in the food and beverage industry in India.

They planned to meet the corporate companies and promote their business and luckily they got the offer from one of the top MNC called German engineering giant, they have given an order of daily 8000 samosas.

That is a big help and raise for the company For That, They need large equipment and investment to supply samosa without any disturbance,  they sold their dream flat to invest the money into their startup.

The growth of the company??

The Couple started the Samosa Singh with good quality and build their trust to the customers, which made the company growth.

The company will maintain the samosa fresh by using the technology with the blast freezing mechanism; its life would be six months. The main good thing about the brand is they will not use preservatives for the samosa.

They made their weakness as their success mantra. They tied up the top companies like clients like INOX, PVR, Café Coffee Day and TCS. The company total 6 outlets all over the Bangalore and sells the 10000 samosas a day.

The company is in a good phase and running it successfully, and they made revenue of Rs 5Crore last financial year and they planning Rs 8 Crore for the FY2018. They are targeting to sell 50000 samosas a day in the Bangalore this year.

The start-up planning to expand their market to some of the metropolitan cities in the country, firstly they are targeting at Hyderabad and Pune. Even they are planning for transport of frozen products through a cold chain partner. In future, they will directly give the frozen samosa to the customer that may be happening at the end of 2018.

For the Christmas this year they are planning Chocossa. They are planning to enter the mass market and make it the multi-million brand, with the frozen and fried samosa.

If someone clear with their thought and vision they can make it even though they came up with some obstacles. 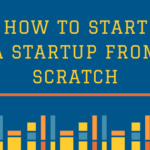