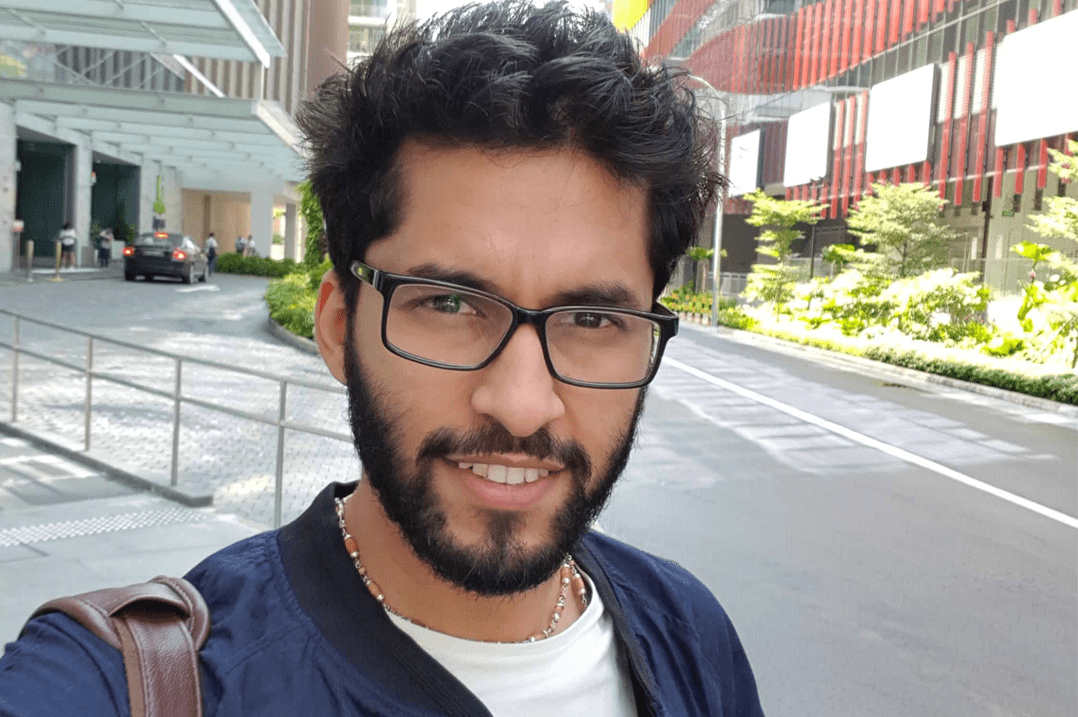 This is him sharing how he faced challenges to become a widely know Entrepreneur in the startup ecosystem and won multiple prizes. Since this blog is for college students we will start with Sidharth’s college days.

How were the college days?

I belong from a small town called “Barwaha” 60km from Indore. After finishing my school in Indore, I knew that there is more to life and the world is full of things that I haven’t even imagined. I wanted to explore it so I chose the biggest city in India, Mumbai. Of course, my family wasn’t ready and everyone objected. For a boy who has not been outside of Indore to go to a city like Mumbai, it was a huge deal. I went alone to Mumbai got admission in one of the colleges with the best infrastructure and then informed my parents.

I knew I am going to face challenges so why not face the toughest one, it would make all the rest look like a piece of cake. At least, that is what I thought and it worked for me.

How did you get your first job?

I flunked in the very first semester of my college; I barely had friends; my communication skills were not at par with the “Mumbaikars”, and even just living in such a huge city was a big challenge in itself. Everyone mocked me and I was the laughing stalk until I met some great people who accepted me for the way I was. I decided to never fail again, on the contrary, I even became topper for some of the subjects; Got in the college team for sports; Won debate competitions and even won some national science fairs.

Accenture, one of the biggest IT companies in the world, was the first and the only company I applied for. Interviewers are good at picking the failures and mine was exceptionally well at it. It was his role and mine was to prove that I had the “Never give up attitude”. After an hour of the interview, he was satisfied.

What challenges did your face there?

For a person who barely knows how to code, working in the biggest IT company was like climbing Mount Evert. After entering we had another test which I failed, but the logic I had applied for the test impressed the trainer hence I got a wild card. It was a new challenge which has brought me down twice and there was no way I would let it pass, I faced it head-on. In the very first year, he made his recruiters proud by making an official contribution to the Accenture’s Knowledge library and becoming a Subject Matter Expert for trending technologies.

I was no more a nobody, let’s just say that if I was walking on the campus I didn’t need to introduce myself for most of the time. It wasn’t long before the word spread out and people, even from outside the company, started approaching me for help with the technology. This is when I tasted the blood and got exposure to the startup world.

What inspired you to start your own company?

Enjoying solving challenges for startup, I soon switched my job to a company which focused purely on startups. It was a huge risk leaving an MNC and switching to a, still young, startup. We kicked off with a 1-year contract, living up to the expectations I handled multiple roles as Project Manager, Business Strategist, and Senior Analyst. With a team of 15, we produced some outstanding results and grew the company revenue by 55% in a year. I remember talking to one of my friends and saying:

“It was like a dream come true, I was getting to meet so many Entrepreneurs and hearing a new startup idea almost every other day. The energy and the motivation these people carried were contagious.”

It was all going well until what happened next. One of my clients couldn’t launch his product on time due to the project being a month delayed because of which he lost a promising opportunity for raising the seed investment. The client was devastated and had to shut down the company after 6 months of operation.

I generally stay updated about my clients even after completing the project. In this particular case, it was terrible, it felt like I destroyed someone’s future. We don’t realize the severity of the delays unless we see the effects it has on the founder and the future of the startup. And I just couldn’t stand it.

Another risky move, I quit my job and went back to help the client. They restarted the operation and were able to raise the seed round after a lot of hard work and some sleepless nights.

The launch of GRAFFERSID.

With 5 years of rigorous hard work, it was time to give rise to the brand that would later become to be a well trusted for its timely delivery and high quality. But the start was not as you would expect it to be.

Graffersid was launched on 24th October 2017, and with a series of challenges. After, the launch my father fell severely sick, by the time he would recover Graffersid would face some serious financial crises. Meanwhile, some big leads hit their bay but convincing big clients is a game of presentation and I learned it in the worst phase possible. While we were still recovering, Freelancer and Upwork blocked the company’s account and all the people who promised to support with the initial project had nothing to offer at the time. So practically we had a dry run for quite some time.

I could now feel what my client must have felt. It was like the world was collapsing and I was standing in the center. Starting a company seemed like the worst decision. But there was no turning back, it was a phase, A TEST, and I knew it will pass. It had to pass.

Good things come to those who wait and Graffersid waited long enough to meet the silver lining. It came in the form of one of my old clients. Client’s application needed some new updates and having worked with me in the past he had experienced the credibility first hand. With the ray of hope, we grabbed the opportunity with both hands and gave it everything he had.

Once again the word of mouth started spreading and slowly the reputation started building. Before we could realize, Graffersid had won 2 awards for “Best User Experience” and “Rising Star” in the IT service company category and ranks #72 among the Top 100 IT companies on FinancesOnline and among the Top 15 Companies on Clutch for IT Managed Services. Meanwhile, even I got a chance to climb the podium on multiple occasions such as being included in “50 Most Influential Global Youth Leaders”.

Products build by my team got recognition at the international level. While some startups got funded by some of the biggest accelerators, others chose to stay profitably bootstrapped. For his contribution, I was invited to SWITCH Singapore, one of the biggest startups expo and funding event, and BeFast Singapore edition, a Hong Kong-based startup reality show which takes the winner to Silicon Valley in the USA.

To date, we have helped 70+ entrepreneurs bring their dream to reality and about 80% of the startups are successfully operational. Moreover, Graffersid is known for its timely and high quality of delivery.

Some words for the student’s readers.

I have learned more from my failures than from my successes. There have been many sleepless nights, many long working hours, many people who took advantage but you need to learn to keep moving ahead, keep finding value and learning in things you do. There is no alternative to knowledge and practical experiences, so learn to say “Yes” and follow a practical-first approach.

At Graffersid we often hire developers who are driven by a vision and have practical knowledge. Nothing is impossible, and it’s never too late to do anything. Your success will be as big as you have the vision to dream. 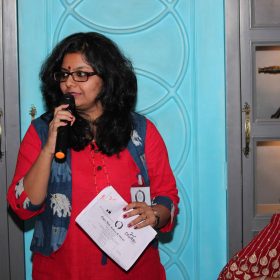 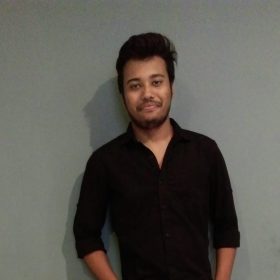