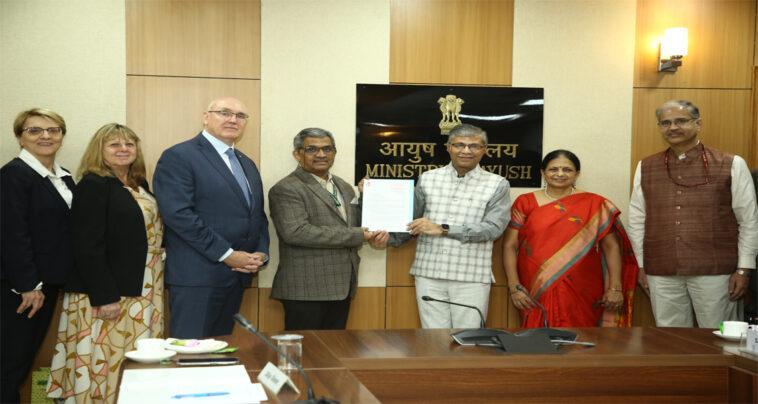 Joint Announcement on the Appointment of Academic Chair in Ayurveda

Today, the All India Institute of Ayurveda (AIIA), Ministry of Ayush, Government of India and Western Sydney University announced the appointment of a Joint Academic Chair in Ayurveda. The new position aims to build capacity for the scientific validation of Ayurvedic medicine and aligned inventions such as Ayurveda herbal medicine, yoga and meditation.

Through a competitive process, Associate Professor Shrikrishna Rajagopala from AIIA has been appointed as the Academic Chair in Ayurvedic Medicine. Associate Professor Shri Rajagopala is currently the Head of the Department of Khaumarabhritya (paediatric department) at AIIA. He brings 28 years of experience and expertise in clinical and pharmacological research of Ayurveda interventions for asthma, cerebral palsy, COVID-19, anaemia and muscular dystrophy. In addition, Associate Professor Rajagopala has developed and led important international collaborations of the AIIA, including a Memorandum of Understanding (MOU) with Western Sydney University, Australia and clinical research on long COVID with the London School of Hygiene and Tropical Medicine, London, UK.

The Ministry of Ayush has established a program for Ayush Academic Chairs in foreign institutions to foster research collaboration and strengthen cultural ties. This has added momentum to the ongoing initiatives of the Ministry of Ayush in placing India as a global healthcare destination.

Western Sydney University is the first Australian university to participate in this prestigious global program, having signed an MOU in 2021 with the All India Institute of Ayurveda (AIIA) and Ministry of Ayush to jointly establish an Academic Chair in Ayurvedic Medicine.

“This is a great step, and I am sure that this Chair will strengthen our collaborations in promoting Ayurveda based academic and collaborative research activities in Australia. This will certainly help in generating awareness about the potential of Ayurveda,” said Vaidya Dr Rajesh Kotecha, the Secretary of the Ministry of Ayush.

“The Chair will provide leadership to develop collaborative research strategies to advance the scientific base of Ayurveda and promote the translation and integration of evidenced-based Ayurveda interventions into conventional healthcare,” said Professor Barney Glover AO, Vice-Chancellor and President of Western Sydney University. “We welcome Associate Professor Rajagopala to Western Sydney University and look forward to this partnership with the Ministry of Ayush and strengthening ties between Australia and India, our governments, researchers and industry.”

Professor Dr Tanuja Manoj Nesari, Director of the All India Institute of Ayurveda (AIIA) said that AIIA, under the aegis of the Ministry of Ayush, has signed a Memorandum of Understanding (MOU) with more than 15 premier international organisations including Western Sydney University. The Academic Chair from the AIIA is the first of its kind to be established and will focus on  fostering collaborative research projects, developing short and medium-term academic courses, providing tutorials to students, conducting sensitization programs, workshops and seminars and serving as a credible source of Ayush related information for Australia.

“It is a matter of pride for us that the Ministry of Ayush has selected and debuted one of our senior faculty members, Associate Professor Rajagopala, as Chair for this important mission and we are sure that this initiative will pave new milestones in the India – Australia bilateral relationship through the efforts of the Ministry of Ayush in Globalization of Ayurveda for the benefit of mankind,” said Professor Nesari.

“This appointment marks a new milestone for our international research partnership with the Government of India and AIIA and is an important field of research which will help pave the way to evidence-based Ayurveda interventions,” said Professor Chang.

Western Sydney University began operations on 1st January 1989, under the terms of the University of Western Sydney Act, 1988 which had been passed by the New South Wales Parliament in December 1988. Located in Western Sydney, the heart of the nation’s third largest economy and one of the fastest growing population and employment centres in Australia, the University offers unlimited potential to students with the talent, drive and ambition to succeed.  Ranked amongst the top two per cent of universities in the world, Western Sydney University values academic excellence, integrity and the pursuit of knowledge. The University is globally focused, research-led and committed to making a positive impact on the communities it engages with. 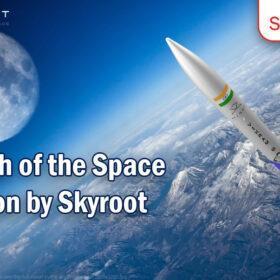 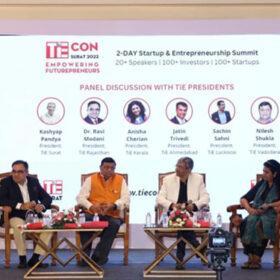