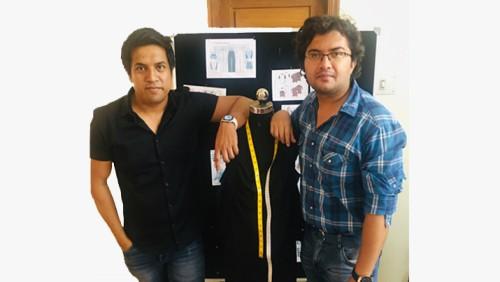 Styched is a very thoughtful startup that works on the concept of being a technology-driven fast fashion brand. In a recent interview with its co-founder Soumajit Bhowmik, we gained a lot of information about the foundation and journey of this startup which we will be sharing in this article exclusively.

Soumajit Bhowmik, who is the co-founder and CEO of Styched shared the bits about his e-commerce D2C brands that use the latest AI and ML at its core in order to drive efficiency and profitability to their business.

Bhowmik has more than 14 years of experience in the Marketing, Branding, and Digital Marketing domain and is a very celebrated professional in the area who has won Most Influential Ecommerce Professional in India 2018-19 by Asia Retail Congress, Digi100- Top 100 Digital  Marketers by  Paul Writer, etc.

Apart from that, he is also Ex-director of Ecommerce at Capillary Technologies, Ex-Jabong seasoned entrepreneur and the head of marketing, Angel investor, and also has worked with global brands like KFC, Bata, Pizza Hut, FoodPanda, Fab India, Indian Terrain, Peter England, etc.

Soumajit Bhowmik is also an avid speaker and has been the part of multiple speaker panels including the Oracle CloudWorld, The Digital Conclave by IAMAI, etc. He was the co-founder of AdWize (2007-2015), which was the experiential Digital Marketing and branding agency. If we talk about the educational qualification of Soumajit, then he is a 2006 graduate from IIT Kharagpur and holds a Senior Diploma in Fine Arts.

Right before starting his own startup company, Styched, Soumajit was the Director of Ecommerce at Capillary Technologies for almost 3 years. Prior to that, he was the head of marketing at Jabong.

When we asked Soumajit about his inspiration behind the foundation of his startup, he shared a very interesting story about the time he visited a close friend who runs a cloud kitchen. Soumajit was really curious about how he reduces wastage in his cloud kitchen.

He shares, What I realized is that while the menu had more than 50 dishes, in the kitchen there were around 10 partially cooked components, which, through various combinations created all those dishes. I have been in eCommerce for a long time, and warehouse, unsold inventory, range of styles have all been massive problems for fashion e-tailers.

Soumajit saw a similarity in the possible approach that he could take to solve the problem and create a profitable, zero wastage fashion e-commerce brand and that’s how the journey of the foundation of Styched began.

The co-founder and CEO of the company share that his startup is pretty unique and much different from others in the industry. He claims that the whole operational aspect is unique as they are a product on-demand company. So whatever apparel you are looking for, whether it is topwear, bottom wear, accessories, etc are made on order and at scale.

Soumajit also shared that they are able to do this through AI and rapid data analysis, which granularises apparel manufacturing to most basic replicable patterns. And only with the help of this business structure they have zero inventory, zero warehouse expenses, zero losses, unlimited styles and designs in the portal, and is the most affordable brand

Soumajit shares the story that how their journey of the foundation of Styched started. Soumajit along with other co-founders were classmates in IIT Kharagpur. One day long after their college days ended they met for a little get-together and got involved in the conversation about the market potential and e-commerce.

That’s when it hit them, that it is indeed a time to enter the battlefield. Gradually they made efforts to take more steps towards their startup and finalized on the business plan, optimized opportunities, tech play, etc, and Styched came to life. They took up a small round of funding after 8 months of operations, to be able to scale faster, from friends, ex-colleagues, and college seniors.

The co-founder also shared the upcoming short term and long term plans for the startup. Rt term plan includes beginning the Delhi Operations and increasing the daily orders to 2000+. Along with that, they are also looking forward to opening up our first office in UAE (Dubai) and also launch new categories and expand styles to 15000+.

While talking about their long term business goals, they shared that, they are looking forward to becoming the no. 1 fast fashion affordable brand globally. Styched.in (the main website) and the Styched App gives them close to 500 orders per day.

They have launched multiple categories like Womenswear, Tops, Bottomwear, Ethnic wear, etc, and about to launch denim, jackets, and shoes next – all still abiding by the production on demand principle.

They also shared how much they want to leverage Indian power. Soumajit said, “ We wanted to start a merchandising initiative but by only promoting Indian talent. Styched Life was the answer to that. Currently, we have 100+ collaborations with the likes of Salim Sulaiman, Rohit Roy, Rohan Bopanna, Baba Rehgal, PETA, Underground Authority to name a few, and a 100 more coming up in the next month. We should become India’s largest fan merchandise e-store by August end.”

Stack on the competitors

The co-founder shared that at Styched they consider themselves as their greatest competitors and look forward to out-perform themselves as they did yesterday. Their unique business model and type helps them be unique in various aspects of business and they take pride in this. Their startup has also won Top 100 startups to look out for by SutraHR, Best eCommerce startup 2019-20 by IRC.

Like any other business Styched has also been affected by the pandemic but the way to build the foundation of trust in the company, according to Soumajit, is transparency. In his own words, It’s important that every member of the company knows about the cash flow, cash in hand, future plans, etc, and how that translates to any decision the management has to take.

Soumajit also believes that they will come out stronger and better from this pandemic as the uncertainty and jobs have forced the employees to be more focused at their job and to deal with the loss some of the senior employees voluntarily took the pay cut.

Advice for the upcoming entrepreneurs

To quote, Soumajit said, “The most important thing I have realized, is the essence of a good team. You need to have motivated high-performance individuals, aligned to the vision, who look at the long term, who live the dream you have painted and who are willing to go the extra mile to make that dream a reality”

Soumajit believes StartupsIndia is a great portal for the small startups that are looking for some name and recognition as it is very important to give as many opportunities to the growing startups as we can. 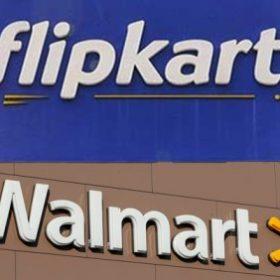 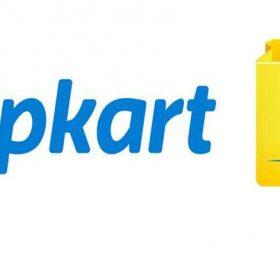